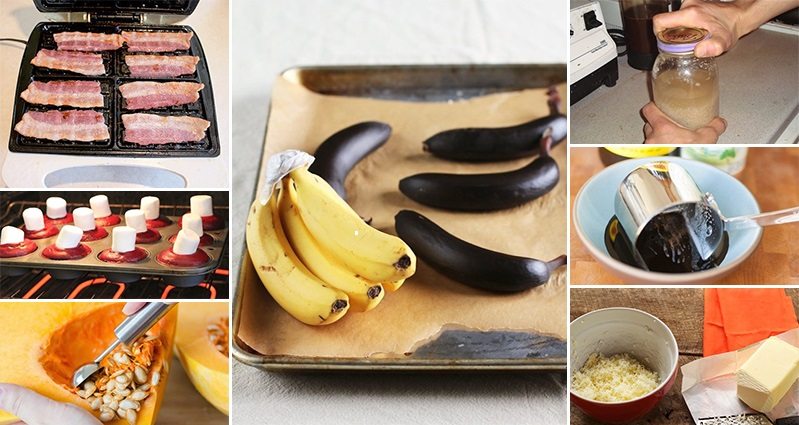 Kitchen Hacks to Save Time, Get Organized, and Stay Sane

So maybe you think you’ve got it all figured out. You’re the MacGyver of the kitchen—spatula in one hand, two eggs in the other. Crack, separate, and plop goes the egg in the bowl... with a bit of shell. The horror! What do you do? Hint: Using a spoon or your fingers isn’t the answer. Thankfully, we have a solution to your egg quandary (number 10) plus quick fixes to tons of other food prepping, cooking, and baking predicament, from pitting a nectarine to softening butter the easy way. We’ve hacked your kitchen—prepare to have your mind blown (even if just a little bit). 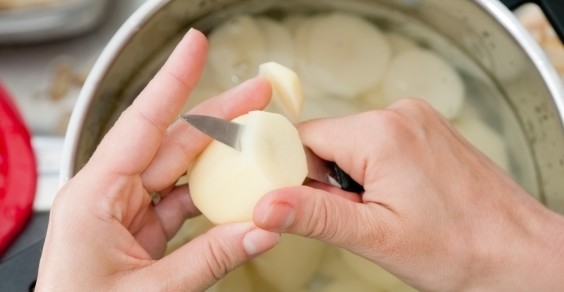 Cover shredded or diced potatoes with cold water before cooking to prevent the spuds from turning that gross grayish/brown caused by the release of a starch that makes them oxidize.

Store tomatoes stem end down to keep them from spoiling as quickly. This prevents air from entering and moisture from exiting the scar where the tomato once attached to the vine. Storing them at room temperature rather than in the fridge also makes them last longer.

3. Give bananas a longer life

Keep bananas fresher, longer by wrapping the end of the bunch with plastic wrap. Better yet, separate each banana. The plastic wrap blocks ethylene gases from releasing out of the stem, consequently ripening the fruit too fast (see number 8).

Be a total magician and morph a banana from green to yellow or a peach from crunchy to juicy all with the help of a paper bag. When fruit is tossed into the bag, concentrated ethylene gas helps it ripen faster.

5. Save cut fruit from browning

You’ve probably heard that a little squeeze of lemon juice can keep apple slices from looking unappetizing. A mixture of one part honey to two parts water works much the same to keep fruit from browning. The citric acid and vitamin C in lemon juice as well as a peptide in honey slows down the oxidation process that causes discoloring.

Help brown sugar stay soft and scoopable by tossing an orange peel or a slice of apple along with the sugar into an airtight container. For a quick fix, microwave brown sugar next to a small glass of water. The moisture within the microwave will help break up the block of sweetener.

Had enough of wrangling plastic wrap? Store the roll in the fridge to store leftovers with less of a hassle. Chilling the wrap makes it easier to transport it from the roll to your bowl.

8. Get creative with covering food

They’re known for hair hackery, but shower caps are not limited to the bathroom. Cover leftovers with a fresh cap (right in their dishes) to keep bugs and unidentifiable particles from tainting food. They’re reusable and a helluva lot easier than repeatedly removing and replacing plastic wrap or tin foil.

Gently place raw eggs in a bowl of cold water to see if they’ve gone bad. If the egg sinks to the bottom, it’s a-OK. If it floats, it has seen better days. Over time, the liquid inside eggs evaporates through the porous shell, leaving a gas bubble inside. The floatier it is, the older it is. 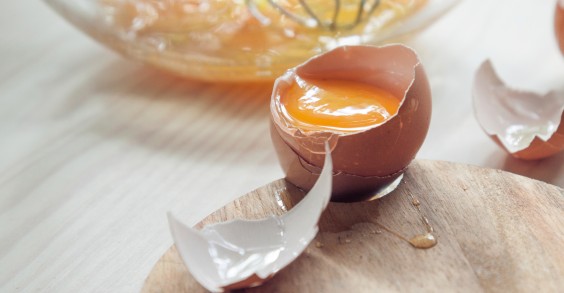 Scoop up bits of broken eggshell from a batter or bowl of cracked eggs ready from scrambling with an already-cracked egg. Gently ladle out the piece of shell with half of an eggshell. The shell acts as a magnet to draw up shell pieces without wasting too much egg.

Remove seeds from vegetables such as squash and pumpkin with an ice cream scoop. Because the edge of the scoop is sharp, it cuts through the fibery, gooey stuff inside the squash easier than your hand or a regular spoon can.

Spoon out excess fat from stocks, stews, and sauces by skimming a few ice cubes (wrapped in a paper towel or cheese cloth) along the surface of the liquid. The ice helps the fat solidify, making it easier to remove with a spoon or a piece of toast.

Separate eggs by gently squeezing a plastic water bottle over a cracked egg. When the bottle re-inflates with air, it will scoop the yolk right up. (Disclaimer: This method may take a little practice.)

Place cherries on top of an empty beer bottle, one at a time, and use a chopstick to push the pit into the bottle.

15. Flip that banana upside down

Ever had issues prying into a banana? You’re not alone. Instead of wasting precious fruit by hacking into the stem end with a knife, gently press the bottom together and peel the banana from the bottom up.

16. Peel that papery skin from ginger

Ditch the peeler in favor of a spoon to peel finicky ginger root.

Remove all cloves from the bulb, then whack each clove with the side of a chef’s knife. The skin will fall right off.

18. Peel citrus fruits without the mess

To avoid the mess and frustration, roll citrus fruitsand/or microwave them for a minute for easy peeling (just be careful to not burn yourself).

19. De-skin potatoes without a peeler

Time to ditch the peeler again! Peel a potato in a snap by boiling it and then giving it an ice bath. The skin will separate from the potatoey center and you can pick it right off. 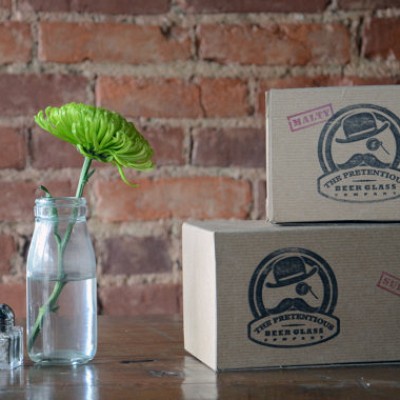 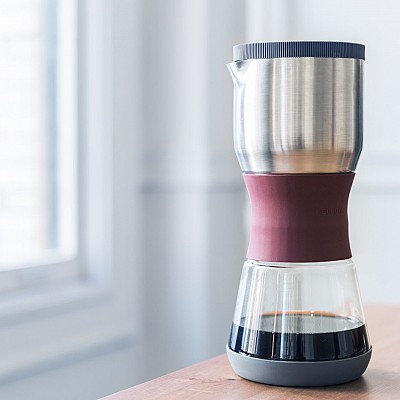 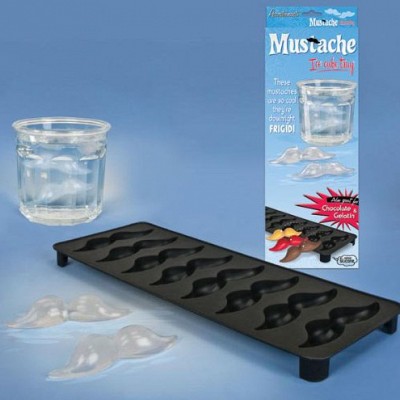 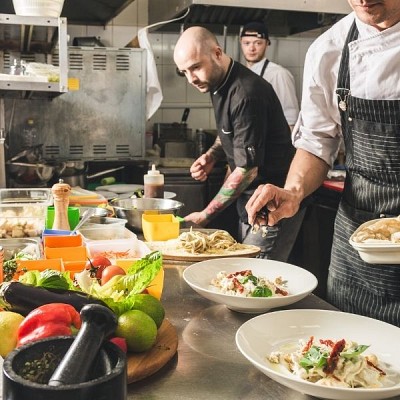 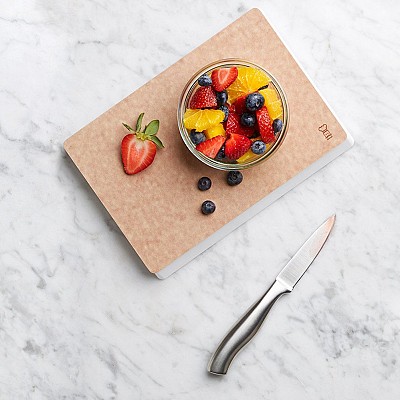 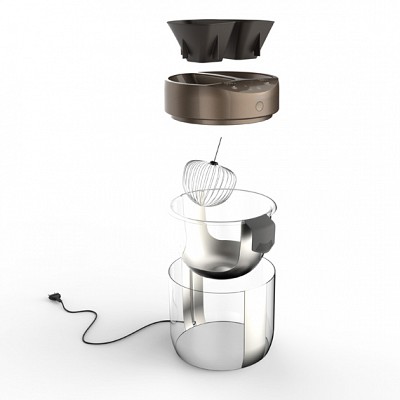 KÜMA: All In One Kitchen Solution