Slow Food Beirut and FoodBlessed, two Beirut based NGO’s are collaborating on Lebanon’s first Disco Soup Event to help celebrate “World Food Day”, an occasion to call attention to world hunger. With 842 million chronically undernourished people on earth, it’s a problem we all need to think about.

Disco Soup is a culinary event that brings people together, young and old, to chop fruits and vegetables that would otherwise go to waste and prepare tasty soups and salads to be distributed for free to the general public or donated to needy organizations. Disco Soup creates a forum of collective positive energy to spread awareness.

The first Disco Soup Event was held in Germany in early 2012 by the Slow Food Youth Network in Deutschland. Two months later, a group in France organized a Disco Soup Event and since spread to Australia, South Korea, Ireland, UK, USA, Greece, Macedonia and beyond. 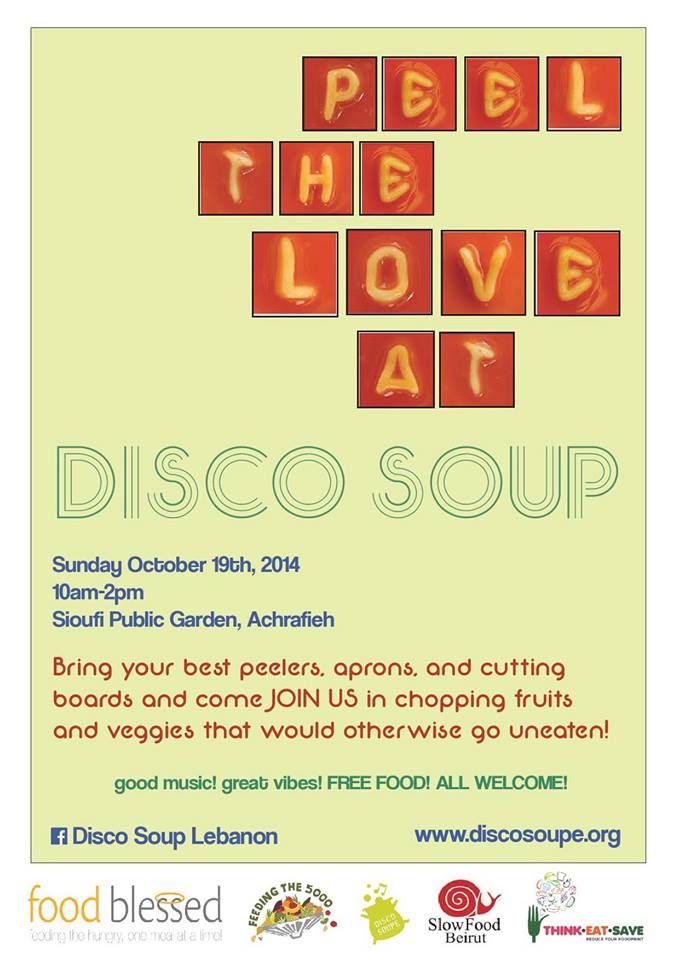 Disco Soup is designed to convey a serious message about food, more importantly food waste. Around 1/3 of the food that we produce is wasted between the field and the plate. Waste happens at all stages of the chain:

The purpose of Disco Soup is to highlight these issues. We’d love for everyone to think about how they can reduce the amount of food that is wasted, whether they are buyers, retailers or producers. Food waste just doesn’t make sense: economically, morally or environmentally.

Disco Soup collects much of its produce from wholesalers at a giant distribution centers which donate what they deem “unsellable,” because it’s not pretty enough, too close to expiration, or unsold overstock, then everyone joins in to peel and cut and it creates a collective energy that is beautiful and powerful.

The ambiance of the events are always lively and friendly, and gives those who share a passion for food and maximizing resources an opportunity to work with like-minded people, give back to the community, and educate others about food sustainability. 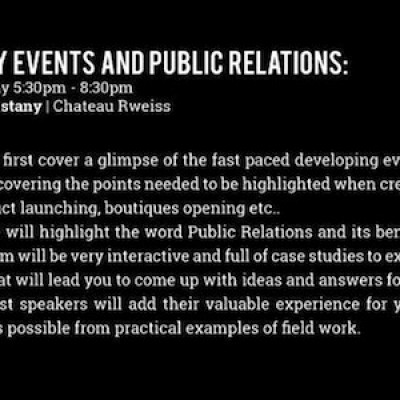 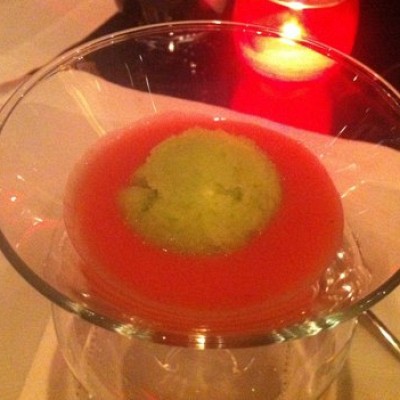 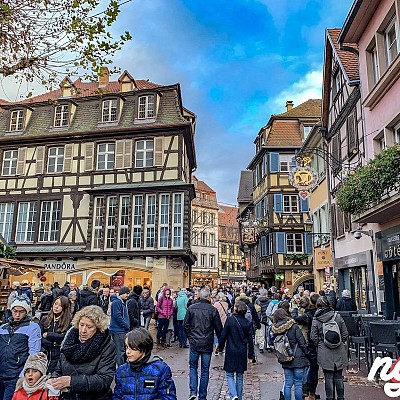 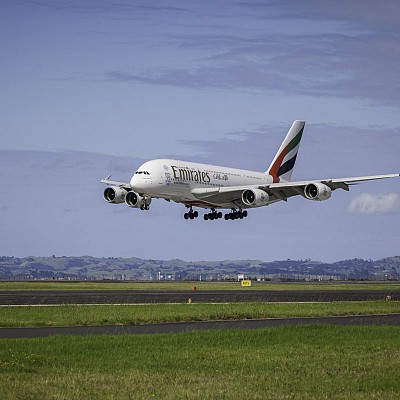 Giant Airbus A380 to Land in Beirut for the First Time 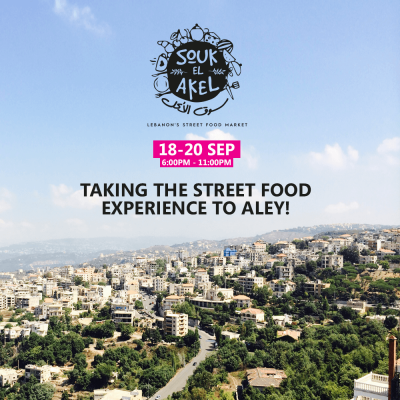 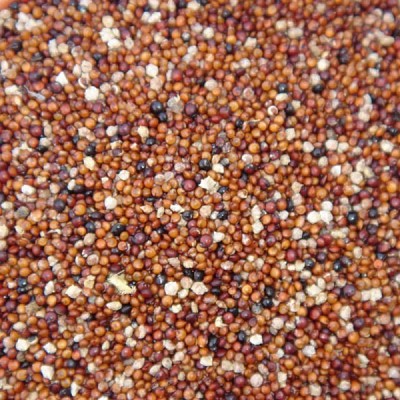 What is Kaniwa? Small in Size, Rich in Nutrients - The New Superfood